A Goodbye Letter to eSports

I guess it really doesn't matter. We're through for now.

TL;DR: if you are playing competitive eSports because you enjoy competitive games, intractable problems with the automated matchmaking systems (that assign players to teams) generally ensure you are unlikely to have a great time in most of the matches you play.

In other words, the thing that is critical to making these games work on a massive scale is what makes them unpleasant most of the time.

The Tipping Point for Me

This weekend, I tweeted a picture of my Skill Rank (SR) when I finally got my Overwatch account into Silver in the current season's competitive ranking. 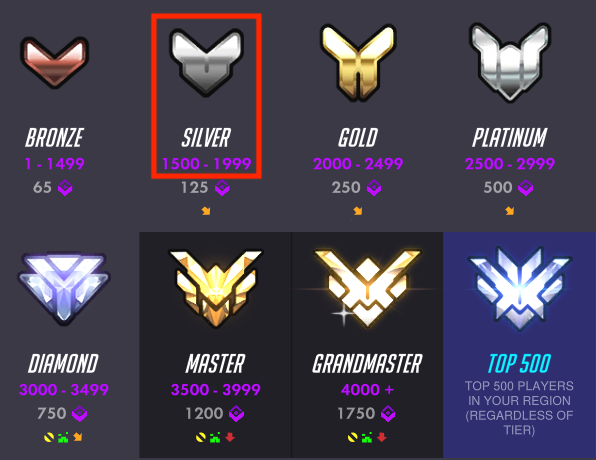 This isn't impressive, trust me, but I'm ok with it. I enjoy playing Overwatch against folks of similar skill, and have no fantasies of getting into Platinum or even higher. I haven't played many shooter games, so my raw shooter skills are "not awesome". And the good thing about Overwatch is there are plenty of characters to play that don't only rely on pure shooter ability. (For those who play, I'm decent at some tanks like D.Va and Orisa, supports like Zenyatta, Lucio, and Mercy, and a few attack heroes like Pharah, Soldier and Tracer.) I also really like that Overwatch isn't just played by teenage boys.

I started playing Overwatch because I really like eSports games, and it's one of the better ones{% marginnote "games" "I like video games in general, actually. I taught Georgia Tech's Video Game Design and Architecture class (CS4455) for ten years, I've taught more specialized games classes like ones on AR games, and co-ran multiple games Studio classes at the university. Our house has game PCs, every console that's come out in the past dozen years, and so on."%}. (The other eSports game I've played a lot is Rocket League.)

eSports games appeal to me because of the things they share with non-electronic sports (which I'll get into below).

Which is why, shortly after the above tweet, I decided to stop playing Overwatch.

Moving on. @PlayOverwatch is joining @RocketLeague in the “games I used to play” bucket. It was fun. Got out of bronze (yay!), but team ESports are not a fun solo experience; toxic players, win/lose at mercy of queue. Better things to do with my leisure time!

As the tweet implies, this isn't my first eSports experience. I stopped playing Rocket League a while ago. I'd gotten ok at the game, rose to a not-as-embarrasing rank. 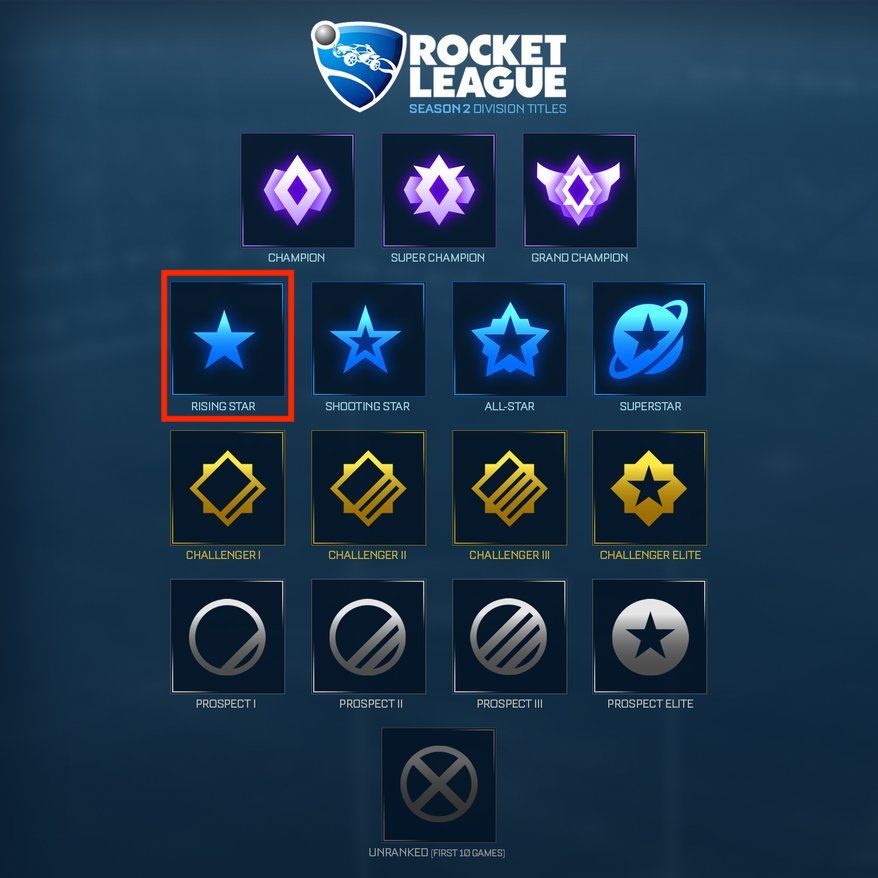 But I was so annoyed at the way the competitive league worked that I actually permanently deleted my Steam copy of Rocket League[2]. I was a lot better at Rocket League than I'll ever be at Overwatch, probably because Rocket League's controls didn't require the shooter skills I mentioned above.

What is it about these games that has driven me away?

As I said at the top, the problems largely revolve around the matchmaking system. Rocket League has two teams of 2, 3 or 4 people; Overwatch has two teams of 6. For these games to work in practice, where most players log in alone and want to play a game, a sophisticated system must take the set of players wanting to play and match them into teams. They take many factors into account (player skill, size of groups joining together, etc), to try and make balanced teams. But the factors they can't account for render this a more or less impossible task. Others have written about this; youtube is filled with videos of people, from novice to pro, complaining about these matchmaking systems.

Let's start with what draws me to these games.

In some (perhaps non-obvious) ways, I'm an ideal demographic for eSports games. Good eSports games (I'd say both Rocket League and Overwatch are good) combine the best of two pastimes that I love: video games and team sports.

I grew up playing sports. I don't follow any leagues or watch regularly (there are a pile of things I'd rather do than watch sports), but if you put me in a room with a sport on TV (any sport ... darts, anyone?) I'll get sucked in. I played hockey, soccer, basketball, baseball, tennis, among others. Town leagues, traveling teams. Touch football at lunch. I was a small kid, and not a star, but I love team sports.

Good team sports require that each player has mechanical skills, knowledge of the game, and can work together as part of a team.

And for those who've never played them, eSports games have the same structure. In a typical game, the team that plays well together is the most likely to win{% sidenote "teams" "Let's ignore, for now, the fact that there are often players who are way better that their rank suggests, who can dominate a game by themselves."%}. Each player needs to play well, but it's the combination of skills that will carry the team. When two teams with similar skills levels are playing Overwatch or Rocket League, it's a ton of fun, in the same way that soccer, basketball, hockey and other sports are fun. Working together, cheering for great plays, grudgingly appreciating great plays by the other team.

For me, as a guy over 50 who doesn't get to play "real world sports" anymore, these games trigger all the same emotions and feelings that traditional sports did when I was younger. I don't play organized sports anymore; I won't be dunking a basketball{% sidenote "dunk" "I dunked a ball exactly one time on a regulation net: it was enough. Now I can't even touch the rim."%}, shooting a puck, or sprinting down the field any time soon.

eSports offer the allure of skill-based team competition that I really miss.

Unfortunately, that satisfying feeling of team competition is the one thing that you rarely get when playing eSports online, via their matchmaking systems.

It's not that the core mechanics and game design are flawed; they aren't. Both Rocket League and Overwatch are elegantly designed. The controls are easy to learn, and hard to master. They are almost entirely skill-based, and take time and effort to improve at; no auto-aim, no click-to-pass. The game structures are designed to encourage and support teamwork. Both of these attributes (skill-based play and teamwork) are what makes them feel like sports.

If you've never played one of these games, imagine for a minute that you wanted to join a basketball league. Say it's an intramural league at school, or a city league. The leagues are structures with various levels (A, B, C, etc) and you'd expect that you could get together with as a group of appropriately skilled players and then play together in a league for some months. If a team (or individual) is way too good for the level they joined, most leagues will deal with it somehow, but that tends to be the exception, not the rule. You would expect that by and large, the leagues are balanced and most games are fun.

Now imagine instead that you are in a league where your are ranked as an individual instead of as a team, and every time you go to play a game, you are dropped into a team with a group of random people. Many are of similar skill to you, but sometimes you get a professional player pretending to be worse than they are, just so they can have "fun" by beating up weaker players. Sometimes one of the players just stands to side making snide remarks or actively trying to help the other team. Sometimes you get a player that spends their time screaming at everyone on the court, sometimes about the game, sometimes about things that have nothing to do with the game.

And every few games, someone just walks away partway through the game, leaving their team to inevitably lose. A few of the people have no idea how to play as a team, or want to: they just want to try and dunk or take 3 point shots every time they get the ball. Often there's someone who's sure they can carry the team if everyone would just give them the ball and block for them.

You can team up with a few friends who you are comfortable playing with, and the league will make sure the other team has a similar sized group of friends too, but both teams will be filled out with other available players like those above.

On the rare time you can actually bring a whole team, you'll be matched with another complete team, but there are so few of those that there's almost no chance the two teams are close to each other in skill.

Why would anyone keep coming back to a basketball league like this? Perhaps sometimes a game ends up being balanced, competitive and fun. And perhaps some games end up being downright awesome: everyone working together, trying their best, at a similar skill level, etc. But most of the time, the games are somewhat frustrating, even when they are fun.

The short answer is, nobody would play in a basketball league like this. But that is what eSports competitive modes are like.

Can anything be done?

For me, it's the competition against real players that is at the core of the appeal of these games. The extrinsic motivation of some form of ranking (individual or team) seems necessary.

It's not at all clear what, if anything, can be done about the problems inherent in automated matchmaking. These games will always need matchmaking systems, it's what makes them function for most people and lets them scale the a level that makes business sense. There really is no way for an automated system to deal with any of the problems above (it's pretty clear that these companies are trying).

Adding support for less automated matchmaking would help, essentially building out facilities in these games for anyone to create real local-scale leagues at any level. Overwatch now has a professional league, so in theory they could expose tools to support folks running their own amateur leagues. Why can't a group of high schools have their own league? Or a town? Or a University create an intramural leagues, just like they do for many sports now? Perhaps if the companies would provide the infrastructure to let people deal with organizing people, more people would be able to enjoy eSports.

When it's all said and done, it's unclear how to fix this problem. But, until then, I'm going to spend my leisure time doing other things.

Short and sweet summary of AR and IoT for Industry

WebXR: Reflecting on the Needs of Real AR on the Web